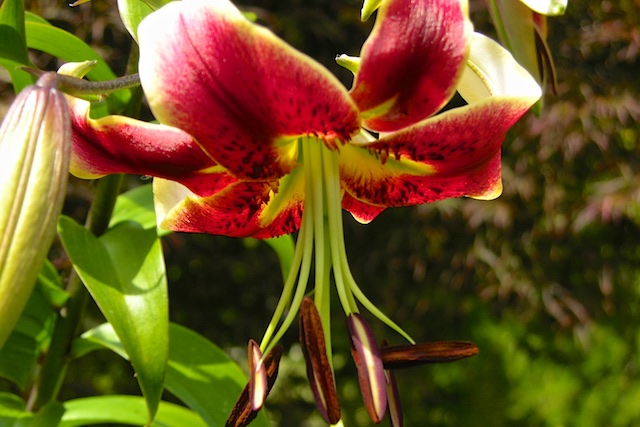 “A Garden is a perpetual reminder that there are no shortcuts to the important things in life”.– Princess Peggy Abkhazi

In Victoria, BC there are many fabulous gardens. The Abkhazi garden is an acre heritage site tucked away in a residential area of Victoria. This garden situated on a rocky ridge overlooks the Strait of Juan de Fuca and the Olympic mountains. Peggy and Nicholas Abkhazi built this garden over a period of 40 years as an expression of their shared joy.

The garden serves as an oasis in the city, nurturing the mind, body and soul of those who visit there.  Their former home is now a Teahouse with an excellent menu. Sitting on the terrace you see gorgeous views of the water and mountains.  The old Garry oaks and the magnificent tree-size azaleas and rhododendrons, some now over 100 years old, grow among the rocky slopes serving as the bones of the garden.  The garden emphasizes the natural contours of the land. The pockets of soil among the rocks are artfully utilized to accommodate native plants.

Peggy spent much of her early life in Shanghai and had a fondness for the meandering Yangtze River.  She imagined a Yangtze River in her new garden creating a winding lawn with a path running alongside a rocky outcropping.  The path edged with heathers flows along as you walk toward the main house. Small paths lead off to three ponds which reflect the colors of the plantings and the changing sky.

A variety of ferns, hostas, Lily of the Valley and a 50 foot sweep of Agapanthus add splashes of color to the space.  The rhododendrons and azaleas add their colorful blooms from January through June. When not in bloom the trunks provide a great sculptural effect. Mature and colorful Japanese maples  punctuate the mix.

The garden is a thing of great beauty but the story behind it is a romantic masterpiece.

Peggy met Nicholas in Paris in the 1920’s. Nicholas was an exiled Russian prince who had escaped the Bolshevik Revolution. Peggy was the adopted daughter and personal companion of a wealthy socialite, Florence Pemberton.  Her mother was not going to allow their blossoming friendship as she viewed Nicholas as a penniless prospect.  So Peggy and her mother returned to Singapore. Letters allowed the couple to stay in touch.  After WWII began Nicholas joined the French army, was captured and held in a German POW camp. Peggy was held by the Japanese in a Singapore POW camp. Peggy successfully stashed away a wad of travelers checks in a tin of talcum powder among her meager personal belongings.

When the war ended and the prisoners were released in 1945, Peggy purchased passage to Victoria, B.C. (thanks to her secret stash and the sale of her mother’s home in Shanghai).  There she stayed with friends and wondered about Nicholas, not knowing if he was still alive.  As Peggy recovered from her experience she took long walks in the neighborhood. She found a neglected piece of land at the edge of the city, rocky and full of trees.  Gardening had been her work in the POW camp and she found it gave her great joy. She decided she would buy the land to build herself a home and a garden.

A letter from Nicholas reached Peggy in early 1946.  They arranged to meet and were happily married that same year.  By then they were both in their mid 40s and to celebrate their love and freedom set out to create a beautiful garden.  It can be imagined how grateful they were to have survived the tumultuous years of his exile, her privileged but difficult childhood, a 20 year separation and the POW camps.  The garden for them was to be a place of comfort and healing.

The first building built on the property was the summer house/garden shed. The shed provided some shelter, a place to take a light meal and their planning space to create both the garden and the home they would build.  Together they chose the plants and created the vision to maximize the rocky, tree covered land.  As gardeners, they experienced trial and error in their plantings.  They consulted the best horticulturalists in the area to help them. Throughout their time there they welcomed visitors in to enjoy the garden.

As they neared the end of their lives they wanted to make the garden available to others to enjoy and experience.  Prince Nicholas died in 1987 and Peggy in 1994.  When residents of the area heard that a developer planned to bulldoze the site and build condos a great outcry of protest began.  Finally In 2002 the Canadian Land Conservatory took control of the property.

Today you can wander through a garden aged to perfection and cared for following the original plan and plantings of two very special gardeners.  In school we study history of wars and battles. In the Abkhazi garden two people who lived through those significant moments are remembered because they created a garden.  Absent the crowds of the more well-known Victoria gardens here you can, just for a few hours, savor a remarkable garden built by love. 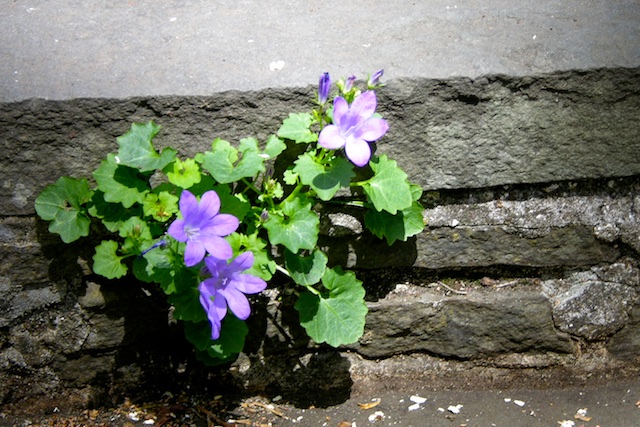 You can read more:

One thought on “A Garden Love Story – Abkhazi Garden”