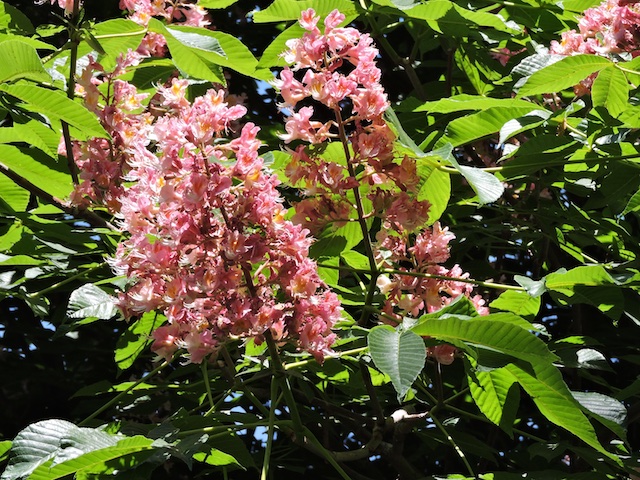 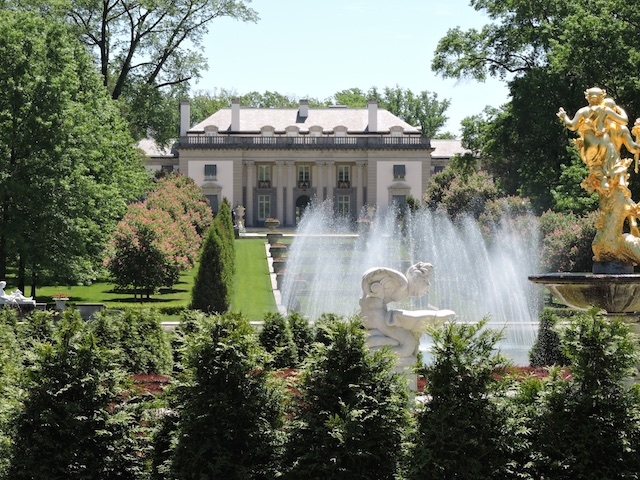 Nemours Mansion and Gardens is Alfred duPont’s tribute to his family’s French Heritage.  In 1909 he built a 102 room mansion in the late-18th-century French style.  The mansion is said to be based upon “Marie Antoinette’s Petit Trianon at the Chateau de Versailles.”  I toured the mansion and it was lavish and lovely.  The garden surrounding the house is said to be the largest formal French garden in North America.  It is  grand,  symmetrical and designed to impress. 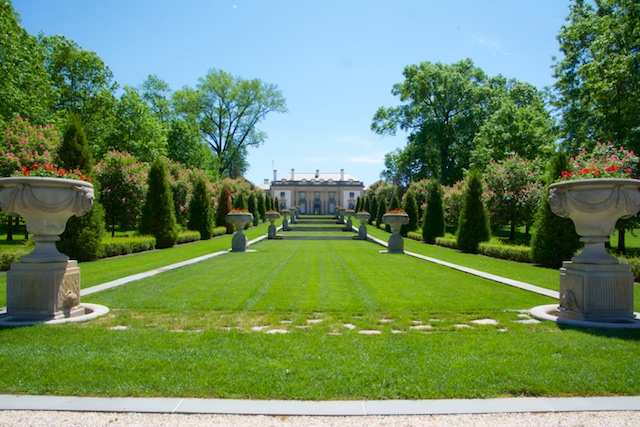 From the front of the house you look down the third of a mile Long Walk to the reflecting pool and the Grand Colonnade. (freestanding columns) The walk down the lush lawn is flanked on each side by tall concrete urns filled with red geraniums.  Beyond the urns are slender Japanese cedars, pink flowering horse chestnuts and pin oaks. 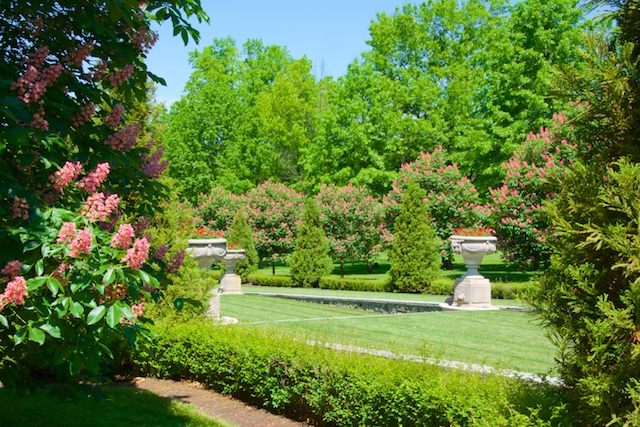 The one acre reflecting pool has 750 jets shooting water into the air. A 23 carat gold leaf statue of Triton & Zeus adds a touch of opulence though the statues representing the four seasons are equally grand. 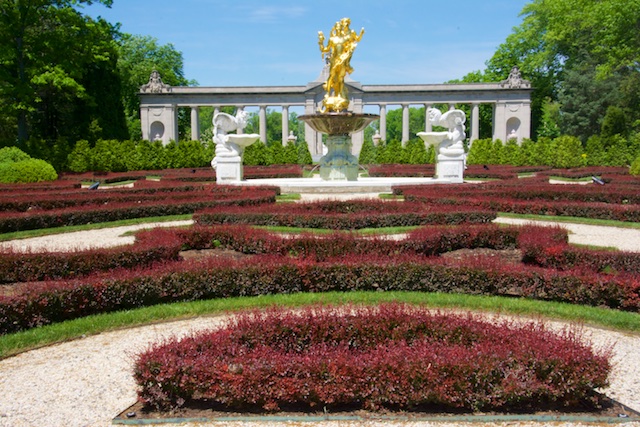 From the back balcony of the house you may look down on a boxwood parterre garden. 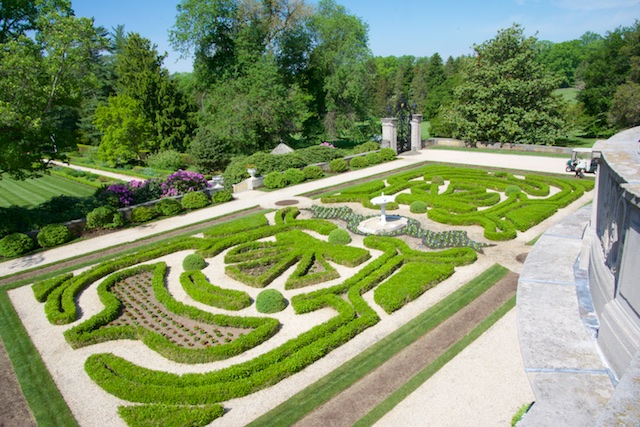 A Temple of Love with the a statue of Diana the huntress adds to the formal grounds. 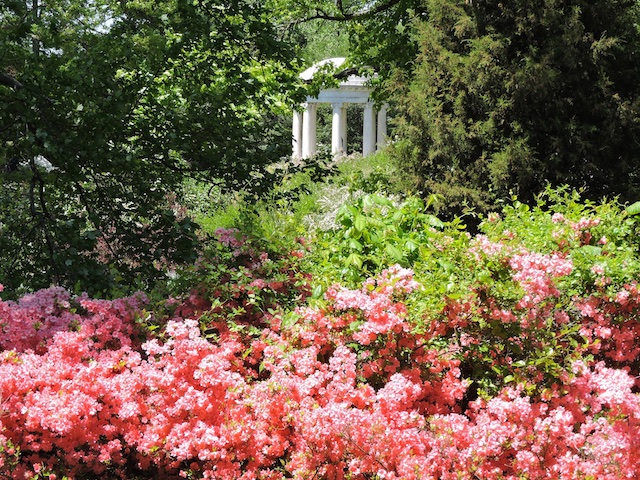 It is in Delaware not France and it’s worth a visit.