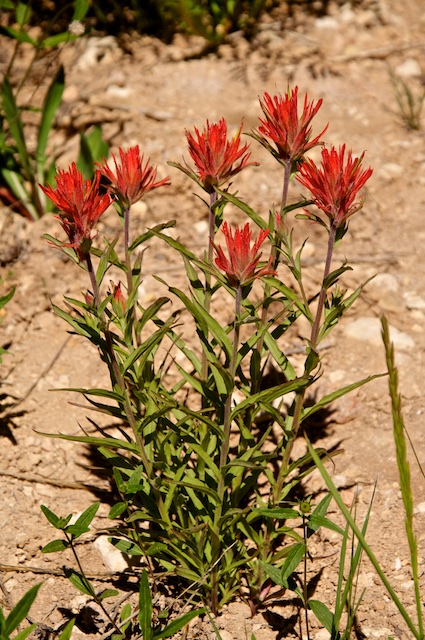 This year is a celebration for the 100th anniversary of the signing of the law founding our National Parks Service.  In February a 3D IMAX film, National Parks Adventure, narrated by Robert Redford was released. The film flies viewers over canyons, red rock arches, and walks them into ice caves near Lake Superior. Highlighting 30 of the 58 national parks, there are moments where you feel the urge to reach out and touch the ice crystals and rock walls. Seeing the film will inspire you to “Find Your Park” which is the theme for the yearlong celebration.

This year the Northwest Flower & Garden Show’s theme was America the Beautiful, Celebrating America’s National Parks and Landmarks. Inside the Seattle Convention Center iconic park images were recreated in miniature using plants, flowers, and stone in stunningly life-like recreations.  A view of the Tetons and of the Desert Southwest were widely admired by visitors.

Our National Parks are our grand treasures. Where Europe has ancient cathedrals we have our ancient trees, our grand vistas, and our open ranges where the deer and the antelope still roam.

Our National Parks are our grand treasures, where Europe has ancient cathedrals we have our ancient trees, our grand vistas and our open ranges where the deer and the antelope still roam.  We have 410 national park units and in 2015 307.2 million visitors came to see these great treasures. The park service  manages national parks, monuments, seashores, lakeshores, recreation areas, historic sites and historical parks.

What is the difference between a Park and a Monument? “The primary difference lies in the reason for preserving the land: National parks are protected due to their scenic, inspirational, education, and recreational value. National monuments have objects of historical, cultural, and/or scientific interest, so their content is quite varied. For example, national monuments protect wilderness areas (such as Muir Woods), fossil sites, military forts, ruins (such as the Gila Cliff Dwellings), and buildings (such as Ford’s Theatre, where President Lincoln was assassinated).” (Outside online Website)

I’ve wandered through a number of national parks and I always like a view which includes flowers. This spring Death Valley National Park had a super bloom season due to heavy fall rain.

The Hanging Garden trail in Zion National Park has plants growing out of the canyon walls where the water seeps through.  The Grand Tetons has swaths of yellow wildflowers accessorizing the high peaks.

Acadia National Park in Maine has a Natives garden complete with benches and a birdhouse.

Wildlife and biological diversity are an important part of the park experience, and the National Park Service is responsible for this and many other elements.  Maintenance of the roads, campgrounds, water systems, lodges, visitor safety, and cultural heritage protection are just some of the operational requirements.  The Parks were set aside by previous generations for our enjoyment and today it is our responsibility to see that the parks and all they represent are left for future generations.  We must leave them unspoiled, we cannot allow advertising signs to be attached to the redwoods, or a branding agreement to replace the words “For the Benefit and the Enjoyment of the People” on the Roosevelt Arch entrance to Yellowstone Park.

The Ken Burns film series on The National Parks tells the story of John Muir and President Teddy Roosevelt’s three days of camping in 1903 among the trees of Yosemite.  Roosevelt was supposed to return from the excursion to attend a formal dinner but he hatched a plan to stay behind to talk with Muir, and because “he wanted to spend some time with the trees.”  Our grand trees, our grand wild places protected as our National Parks and Monuments have a way of helping us recalibrate our place in the world, to remind us of what is important.

Writer and historian Wallace Stegner called national parks “the best idea we ever had. Absolutely American, absolutely democratic, they reflect us at our best rather than our worst.”  But we are not living up to this great idea, our National Parks are underfunded for basic operations and deferred maintenance of $11 billion is causing them to  “neglect its trails, roads and visitor centers because of recent budget constraints, according to a report from the agency.”  Deferred maintenance means basic restorative care is not being provided, causing ongoing deterioration.  Our parks need our voice our support, our advocacy. This is truly a year to “Find your Park” and participate in the celebration.

It is also a year to voice your concern to those who lead our country.