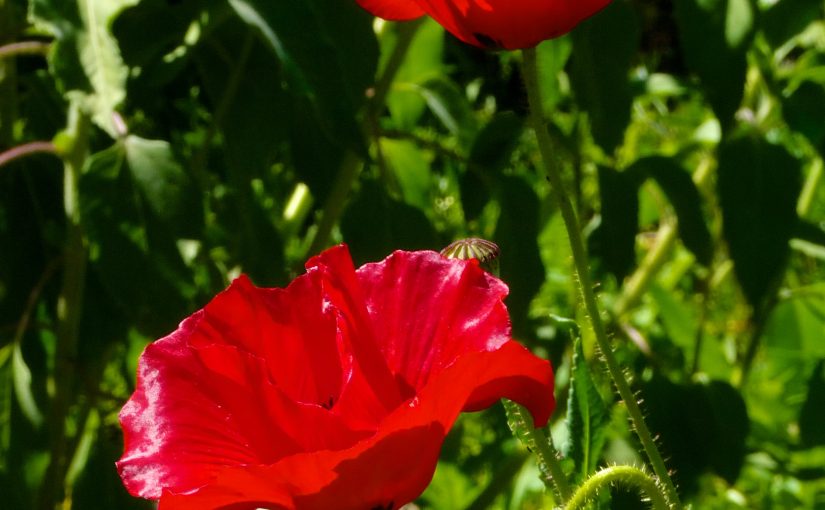 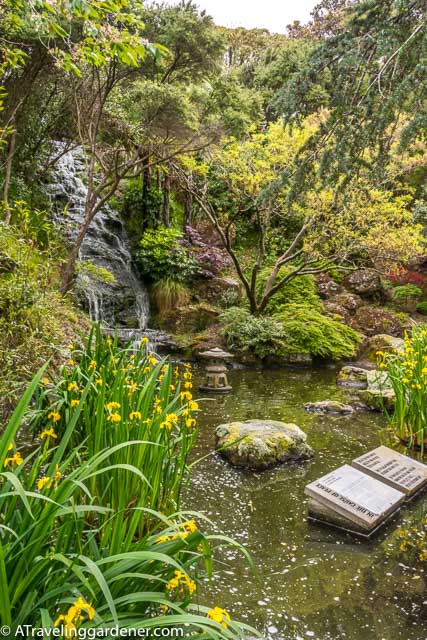 In the capital of New Zealand, Wellington Botanic Garden is a remarkable public space. The beautiful grounds include a significant collection of plants and trees. A small Peace Flame Garden is found just inside the entrance. I found this space emotionally touching. A bronze plaque tells the story, “This Peace Flame is the preserved fire from the atomic holocaust of Hiroshima, 6 August 1945 and Nagasaki, 9 August 1945. The Flame calls attention to the indiscriminate and uncontainable nature of nuclear weapons which kill beyond borders and generations. It implores us to honor the Principles espoused in the United Nations Charter of settling all disputes by peaceful means.”

A flame burns in a small Japanese lantern near the base of the waterfall. The lantern was lit from a Japanese delegation who carried the flame of Hiroshima and Nagasaki which still burns in memoriam at Ueno Toshogu Shrine in Tokyo. This was done in recognition of the tireless efforts of New Zealanders to halt the spread of atomic weapons through its Anti Nuclear Act of 1987.  The flame burns reminding us of the tragedies of war. New Zealand has a long history of providing military support in conflicts around the world beginning with WWI and continuing through the fight against ISIS.  Yet for New Zealanders the use of nuclear weapons is not seen as a means of resolving conflict.

Further into the garden on Remembrance Ridge I found the Victory Medal sculpture installation.  Here 36 pairs of feet stand in formation representing a small platoon.  The phrase of “boots on the ground” is the often repeated description of necessary action by those advocating military commitment.  These feet represent the humans inside those boots set to the task of resolving conflict.  The stark reality of this sculpture again implores the resolution of conflict through peaceful means. 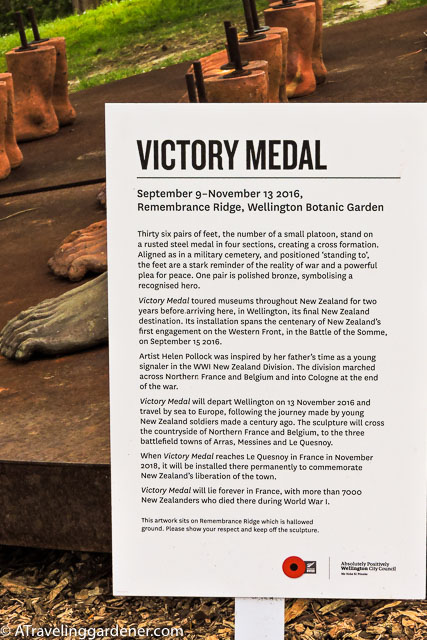 Nearby a field of red poppies symbolizes loss of life in WWI where 7000 New Zealanders lay down their lives. The entire population of New Zealand today is 4.5 million residents, which is equal to the current population of the metropolitan area of Phoenix, AZ. I find these numbers helpful in recognizing the difference in size of the two countries. This small country demonstrates in their reverence for the loss of life and their anti-nuclear actions over the years an important message for all countries. 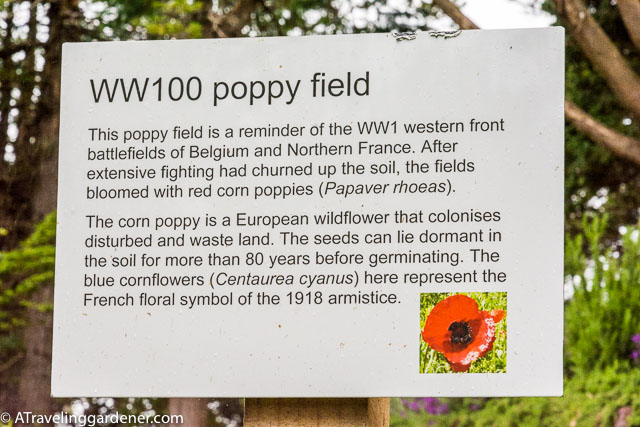 The loss of life in military conflict is tragic. The indiscriminate loss of life in a nuclear weapon attack is unconscionable. History and this peace flame garden implores us to not let this happen again. Gardens are places of reflection and inspiration.  Wellington’s message for peaceful resolution is worth spreading.