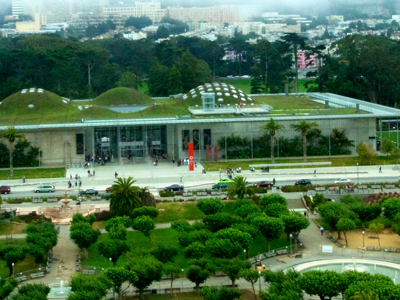 Where will gardening grow as more than 1/2 the world’s population moves into urban environments? (citymayors.com)    Urban living is associated with greater opportunities yet one cost of city life is giving up ready access to green space and gardens.  Is the future a space age view like the Jetsons or will gardeners prevail and work green space into the picture?

Green roofs could greatly change urban environments in many positive ways. Germany is an international leader in green roof technology.  Beginning in the 1960’s,  the country recognized that a diffusion of heat islands generated in urban areas would reduce energy costs for all.  Faced with aging and undersized storm sewer systems reducing rain fall run off would save money.  Birds and flying insects would utilize green roofs and improve biodiversity in the city.  A view from a high rise apartment might longer be a view of the gray roofing material below punctuated by heating and cooling equipment but a planting of grasses, sedum and native plant materials improving the aesthetics of life. Today Germany has billions of square feet of green roofs in their cities.

Chicago Mayor Richard Daley was inspired by the German innovations in green roofs and started a push in his city for green roofs in 2006.  NYC Mayor Michael Bloomberg began a similar initiative in 2010.  It is an idea we will be hearing more about in the future.  For many it sounds counter intuitive.  It is hard to understand how installing plant material and water retention on a roof would be a good idea. 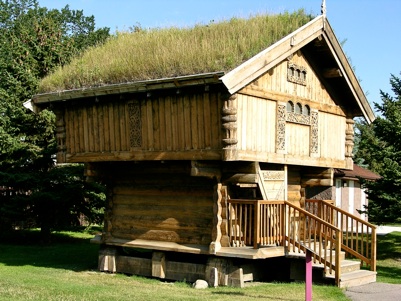 Yet this isn’t a new idea and it is an idea that technology has improved over the years.  Some of the first “green roofs” were Scandinavian sod roofs.  Faced with limited building materials the home builder would strip the bark from a birch tree and form a waterproof layer on the roof of the house. The bark would immediately curl so to hold it down a layer of sod was laid sod side down on the bark.  A second layer of sod was placed on top of the first with the sod side up.  About 6 inches of sod then held the bark in place and the roots of the sod grew to hold the two layers together  This sod roof helped retain the heat in the home in two ways: reducing heat escaping through the roof, increasing air sealing from the weight of the sod pressing down on the wood logs reducing the gaps between them.  This traditional building practice was replaced over the years with shingles and other man-made materials. 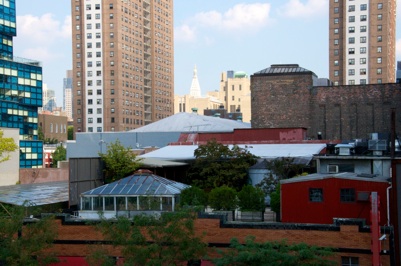 The idea of green roofs needs advocates and we can’t advocate without knowing more about this idea. Some examples of US green roofs include Chicago City Hall,and the  San Francisco Science Center in Golden Gate Park.  Green space built over other infrastructure include  Highline Park in lower Manhattan, Margaret Hance Park in Phoenix. 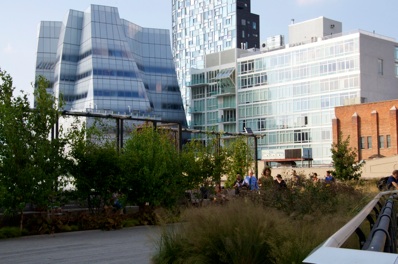 Rooftop gardens are also a part of this movement and have great potential for improving the lives of city residents.  A small group of containers growing a tomato plant, chives and a geranium can be a roof top garden success.  Traditionally large terrace and roof top gardens have been associated with luxury high rise living.  Restaurants and clubs in large cities create outdoor patios and gardens.  Apartment buildings can be designed with a staggered roof design where the apartment above benefits from the green roof of the apartment below. 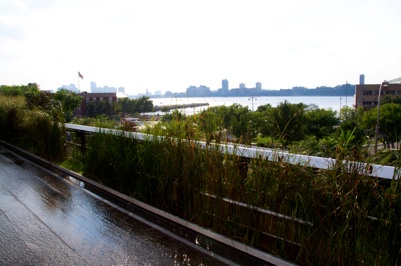 The Fairmont hotel in Vancouver, Canada has a rooftop herb garden that supplies all the herbs used in their restaurants a value estimated at $20,000 a year.  The Downtown Phoenix Sheraton is growing herbs on their rooftop. High rise farming for fresh herbs and vegetables will take advantage of rooftops. 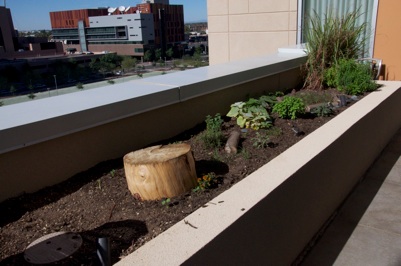 One can despair as our native green-space is bulldozed over to build more manmade structure.  Yet it can be encouraging to learn more about reclaiming a layer of earth as part of our urban structure.   Austrian artist & philosopher, Friedensreich Hundertwasser, was committed to making life livable in a humane environment that was close to nature. He wrote these inspiring words,   “Everything under the heavens that is horizontal, belongs to nature. One must be persistent in the quest to green, or forest, all rooftops so that from a bird’s-eye view, one would only recognize a natural, green landscape.. . . the layer of earth for grasses and trees.”  Up on the roof top may be where gardens will grow.