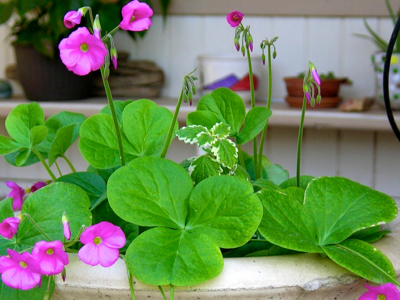 In March almost everyone claims to be a little bit Irish. It might be because of the music, the dancing or the festivities but really it is all about the green. In March dormancy gives way to spring green shoots of new growth and that is worthy of a party whatever your ancestry.  Public green space is worth celebrating too, and Boston holds the distinction of establishing the first public park in the nation. What city is there more Irish than Boston?  Boston Common was designated public green space in 1634.  Yet there is also a public garden attached to the Common and it was the first created in the nation.

In 1837 Horace Gray, (not an Irishman) petitioned the city of Boston for the use of 24 acres of land attached to the Boston Common for the purpose of a Botanic Garden.

Independently wealthy and full of energy, Gray pursued his interests in Botany,  the adventure science of the time.  His personal garden on Kensington street was admired by all. His conservatory was filled with camellias and other exotic plants.

For the next ten years Gray led the efforts to develop the garden, as he provided the vision, the money, and the optimism. The Irish provided the labor that really made things green. The land was low and soggy so a lagoon provided a focal point and a solution for drainage. A conservatory and “bedding out” or beds of annuals brought new, beautiful, exciting plants into the garden for the citizens to enjoy. Gray is credited with importing the first tulips into the US  to beautify the new public garden.  (www.BAHS) 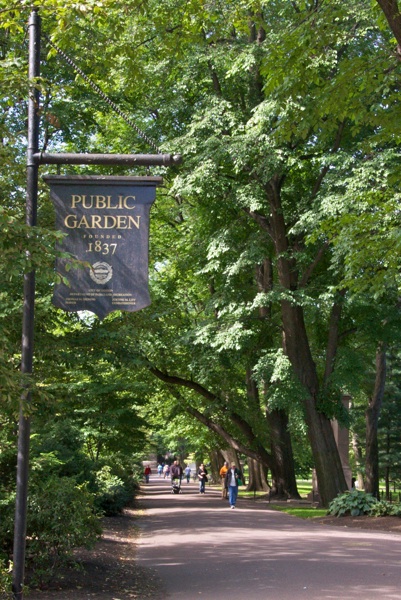 Then as development continued, the Boston City Council considered using the land for other purposes, such as a new City Hall.  The citizens of Boston, however, had come to love their garden and opposed all ideas of using the land for any purpose other than a Public Garden.  In 1850 the land was “dedicated forever to the use of the people as a Public Garden.” (www.celebrateboston)

Today the Boston Common & Boston Public Garden provide an open green space for the city of over 600,000 and welcomes visitors from all over world. There is no admission fee.  While the original Victorian style gardens no longer exist today beds of tulips and annual flowers provide color and charm.   Mature trees of over 100 different kinds make shade and display changing beauty through all four seasons. Weeping willows falling out over the lagoon, frame the famous Swan Boats as they cross the water. 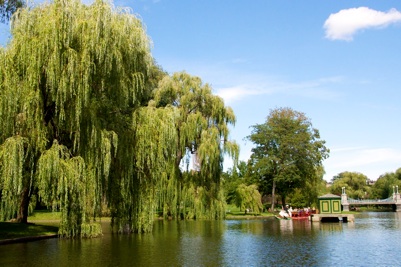 Over the years the garden made space for a number of statues representing important historical moments.  Perhaps the best known is George Washington on his horse, considered one of the finest equestrian statues in the country.  Yet the first statue placed in the garden in 1868 was not for a general or a battle memorial but for the discovery of surgical anesthesia. The first use of ether was in Massachusetts General Hospital in Boston, October 1846.   A retired Boston merchant presented to the city a monument in the form of a fountain, “as an expression of gratitude for the relief of human suffering occasioned by the discovery of the anesthetic properties of sulphuric ether.”www.celebrateboston 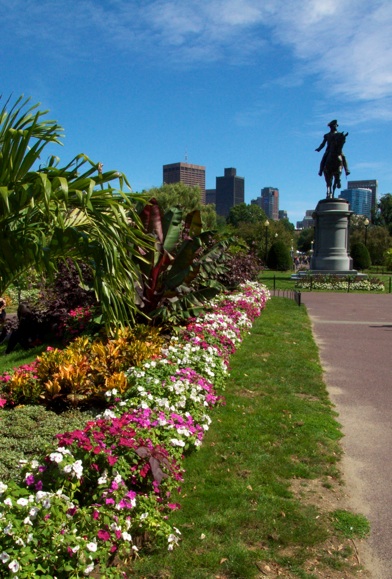 During the 1800’s the relief of human suffering guided many a decision to provide public gardens for the residents of the crowded and dirty industrialized cities of the Eastern United States.  It was believed that picturesque and bucolic nature should be provided to the masses to improve their morals and manners.  Children were considered especially vulnerable to the effects of city life.  Poverty, crowded living conditions, lack of trees and green space were said to be corrupting children making them ill-mannered. (American Eden, Graham)

Today, Frances Kuo of the U of IL (2007) finds the “the effects of the de-natured life” result in “decreased civility, more aggression, property crime, graffiti & litter.”  History, current research and personal reflection continue to support the importance of parks and gardens as a benefit to humanity.

The Boston Public Garden has a rich history and holds a special place in the hearts of all who view it as an essential part of what makes life good.  Yet it too is never safe from those who want it all to themselves.  In the 1970’s another development battle was fought over the public garden.  The citizens of Boston organized to stop a skyscraper development from overpowering their public garden.  Henry Lee, a longtime Bostonian and President of the Friends of the Public Garden, declared “Public welfare must triumph over private greed.  Our parks are a part of our collective soul and belong not to one of us but to all citizens.”

Perhaps if we want to be a little bit Irish and wear the green we need to support our parks and gardens for the public welfare.  Protecting and preserving our public green space requires sharing $ome green.