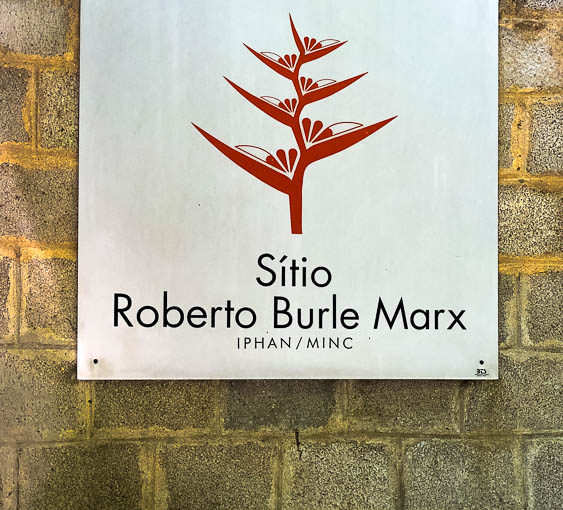 A visit to Sitio, Roberto Burle Marx’s private garden for his collection of over 3000 plants

It doesn’t make today’s headlines but right now in 2019 plant hunters are exploring the world trying to find new, useful, and unique plants. It is essential work that has continued for centuries.  During the last century, Burle Marx was a plant hunter. Since childhood when his aunt gave him a plant as a gift, he had been fascinated by plants. He was a conservationist and a man in love with plants. When he went to Berlin in 1927 to study painting, he kept going to visit the botanic garden there. What surprised him most was the exotic collection of plants featured in the Berlin Botanic were the tropical plants of Brazil. Yet in Brazil, the gardens were imitating the European style, importing plants from Europe to create gardens in Brazil. He had what I would call an epiphany that Brazilian gardens would be beautiful when made with their own tropical plants. Upon his return to Brazil, this became his mission. 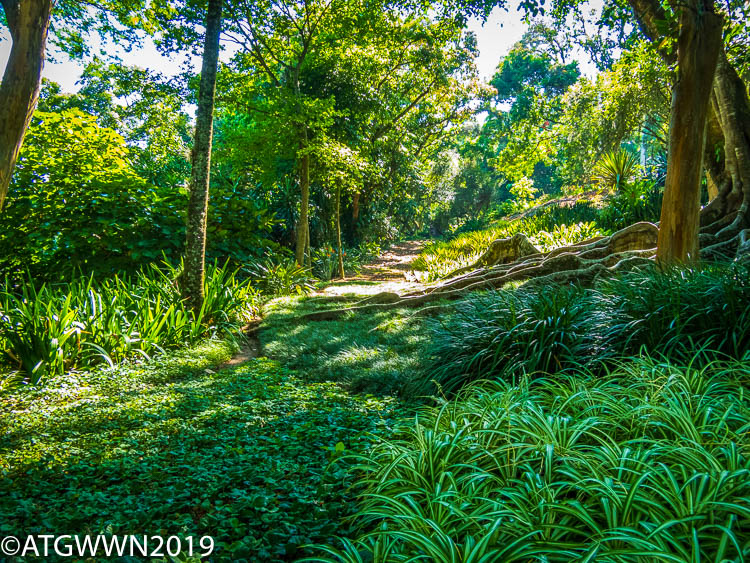 His work forever changed the landscape of gardens in Brazil. He began a study of the local plants, went to the Amazon forest, found new plants, considered how they grew, how they varied in shape and texture, noted the many shades of green and what growing conditions they needed to thrive in a garden.

Today 50 plants bear his name in the genus classification after he found them and introduced them to the general population. He collected so many plants that he purchased a banana plantation to transform the land into his own garden. This is Sitio, his private garden, now open to the public by appointment only, where a trained guide escorts you through the garden, and a security guard brings up the rear.

Researching this garden, I found that Burle Marx shaped the garden as he went, rather than designing a formal plan. He created shade houses to protect many of his plants.

Reutilizing building materials, from sites doomed to destruction, he added hardscape to the garden. Working his magic on the existing farmhouse he made space for his collections of art and his textile studio.

For parties, there is a patio with a waterfall and a pizza oven. He painted, sculpted, and made his garden. All of this is now open to the public by reservation, and the more I saw, the more amazed I was at his genius.

Burle Marx was greatly influenced by cubism and abstraction, and he is considered a Modernist Landscape Architect by those who attach labels to things. It was a privilege to walk through this garden. Here I could see the mass plantings creating shapes mimicking his paintings. Plants move in curves and lines from the very small sansevierias to bromeliads,  agaves, heliconia, lilies, palms, and trees. This isn’t a flower garden, but when plants are happy where they grow, they will bloom. Burle Marx was very aware of the importance of walking through a garden to enjoy time in nature. 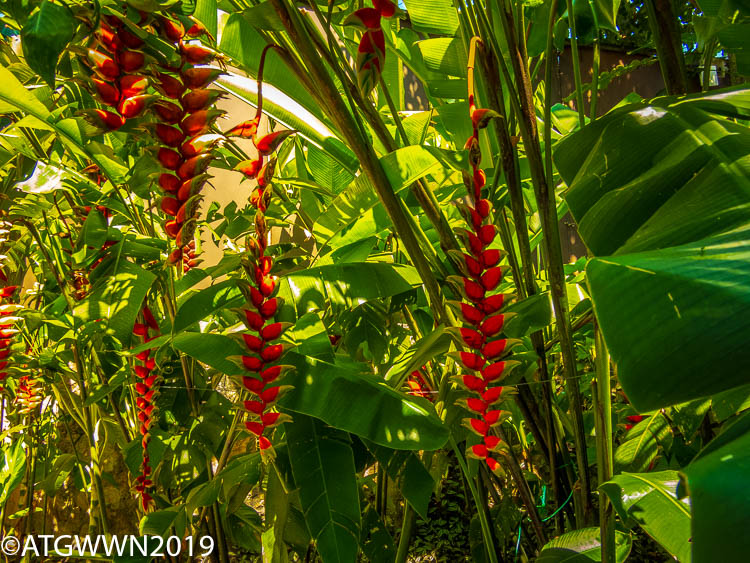 As I walked through I would find a rainbow of red heliconia, then a stand of pink shrimp plants, green leaves with a burgundy underside fluttered in the breeze, and bromeliads were tinged with color, and many were in bloom. But unlike in my very tidy garden where I must replace the annuals after they flower each season, this garden remains glorious through the year.

10 a.m. – 5 p.m. A large-scale horticultural tribute explores the Brazilian modernist and his contributions to plant discovery, conservation, and garden design.

One thought on “Day Two, Three Days in Rio!”