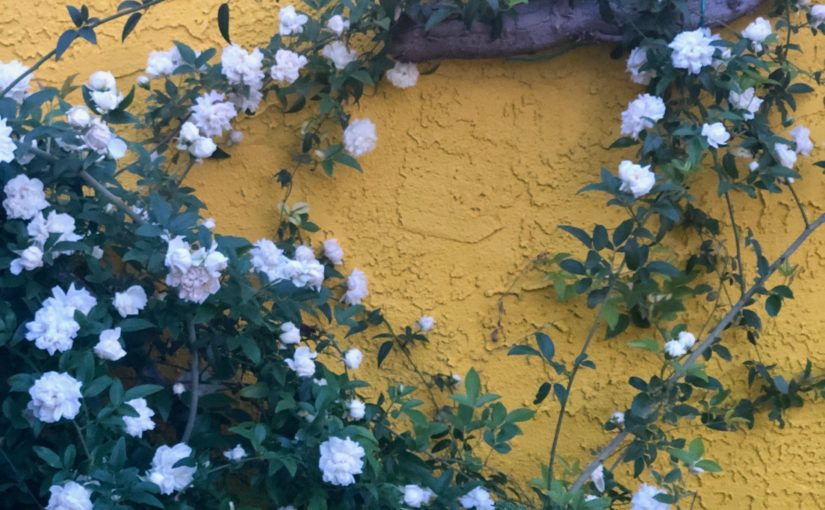 Gardens are filled with moments of happiness and heartbreak.  For years our garden had a wall of lush green creeping fig (fig ivy).  Just two tiny plants had grown over 20 years to create a thick, dense layer of green covering the entire west wall of the back yard.  It was nearly 3’thick and rose easily 4’ above the 8’ wall.  It crawled over into my neighbor’s yard where it was generally the only thing green to be found there.  It blocked the neighbor’s house entirely.  I loved it. 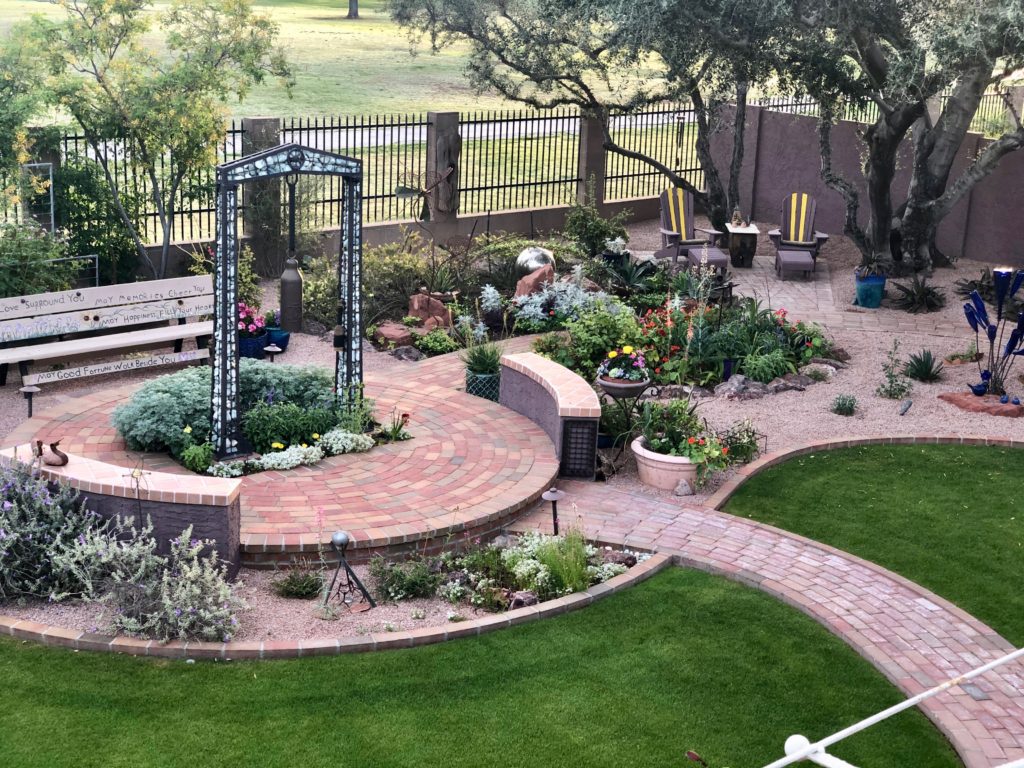 Then after extensive re-landscaping in our garden, the entire vine collapsed in 2014. Its enormous root system was cut extensively when a new sprinkler system was installed.  We didn’t realize at the time the roots belonged to the vines. We thought the thick reddish roots were from three enormous pine trees nearby. In six months it fell, collapsing in waves of dead leaves. Then in a year nearly all of the dying vine had been systematically pruned away. It was an enormous job to cut it apart and dispose of it. I was heartbroken. The wall was covered with thousands of brown spots where the aerial roots attached itself and it was ugly.  The wood structure of the vine was enormous, it twisted all along the wall like major tree branches.  I left parts of it, it was so impressive and so securely attached. I replanted three more creeping figs, hoping it would grow up and attach to the wood,  then I waited, and waited. Then I realized, the name is CREEPING, it took 20 years for that wall of green to establish its magnificent presence.  Two of the new fig plants died. I planted lady banks rose, coral vine, nothing was making me happy with that side wall. 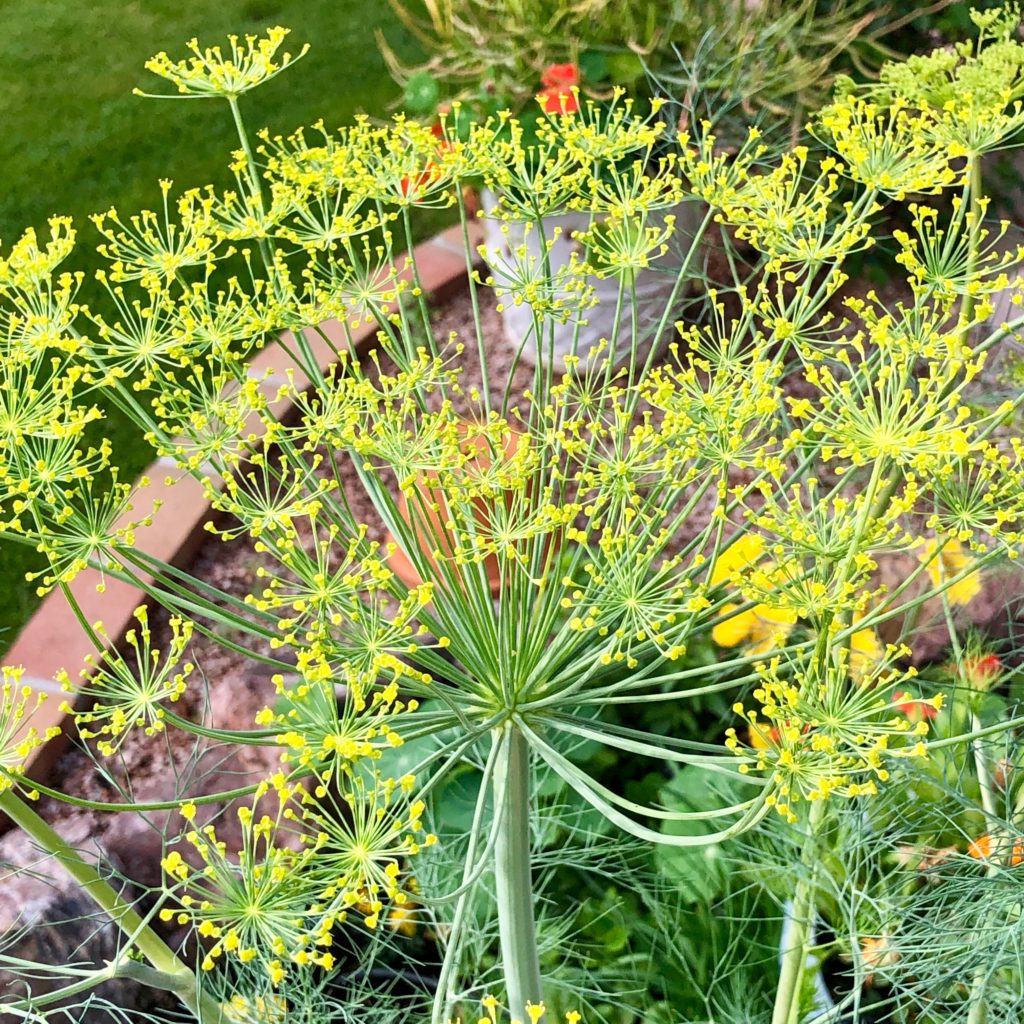 This spring I took action, the wall was re-stuccoed to erase the spots, it was painted a deep marigold yellow. 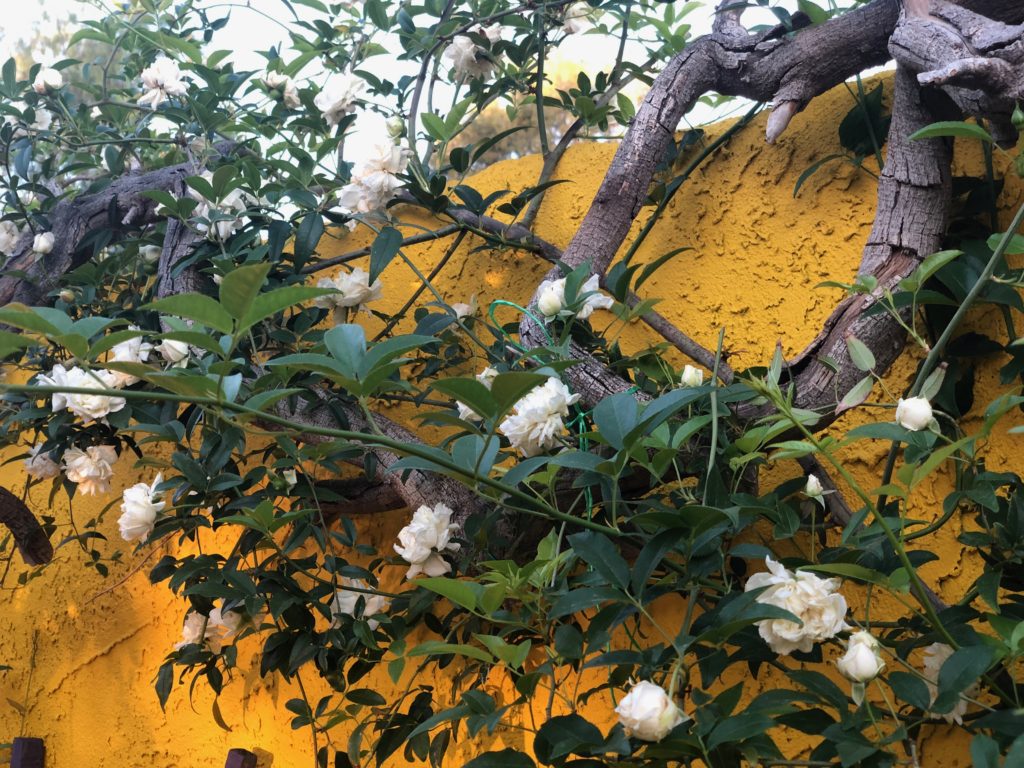 I kept the old wood, it was tricky, people thought I was crazy, but I’ve seen enough gardens to know that that kind of wood could be a natural trellis that might just be something to enjoy. 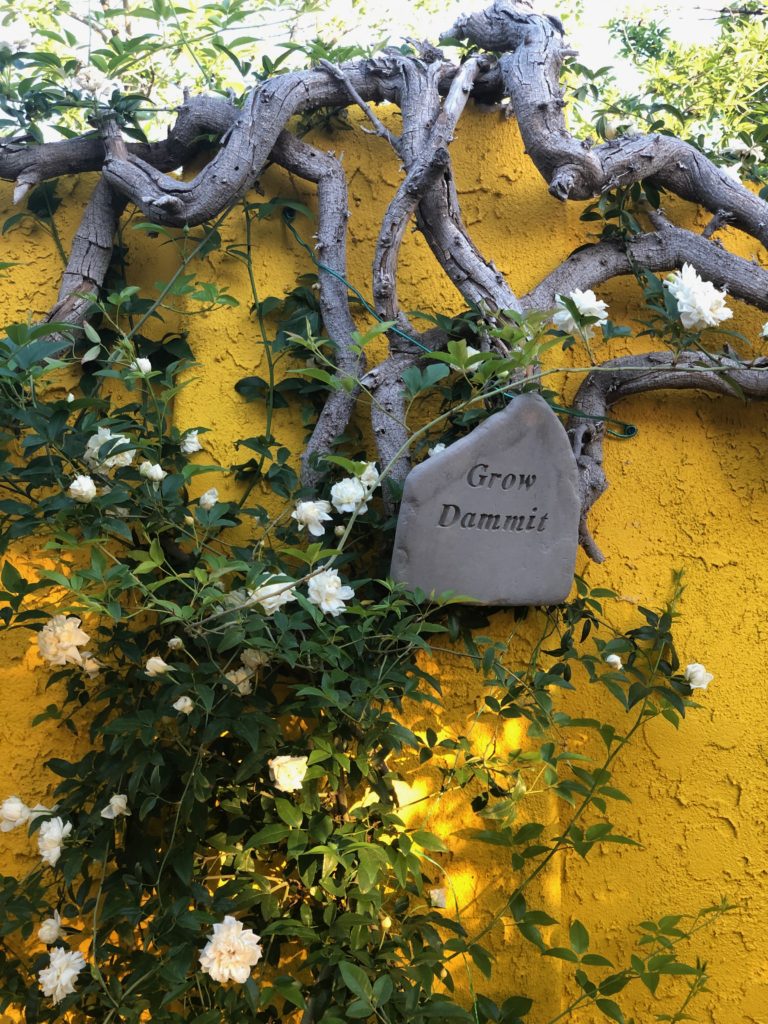 The lady banks roses had begun to grow, (they have been in the ground for about three years now)  I tied the vining rose to the old wood. Spring has arrived. 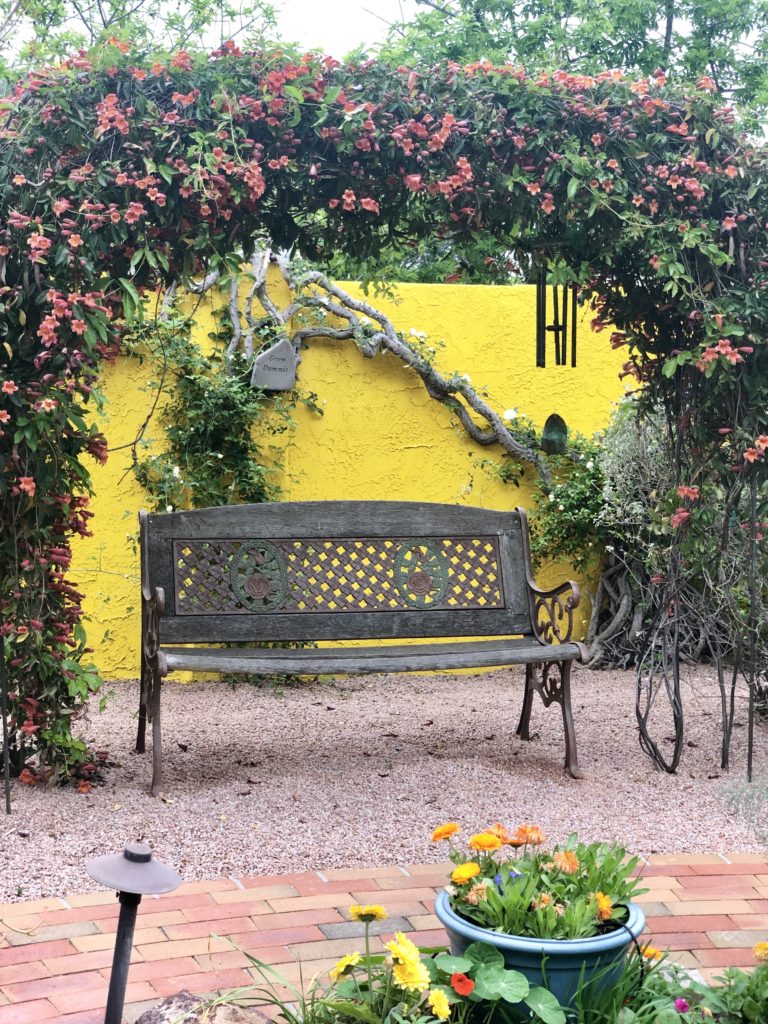 It is magnificent, it is crazy beautiful. The white blossoms of the lady banks rose, the deep green leaves and the twisted weathered wood against the deep yellow wall works, right now, this moment, in a spectacular way.  The lady banks rose will continue to grow, the old wood will soon be covered, it will never be just this way again.  It is a moment of happiness. 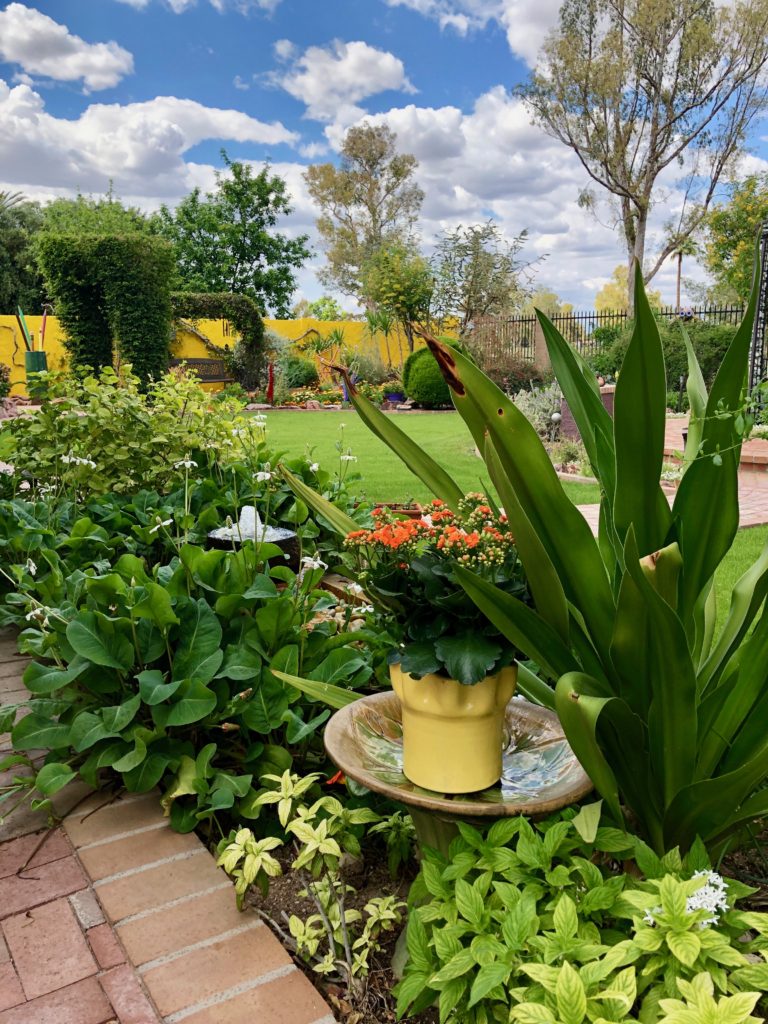