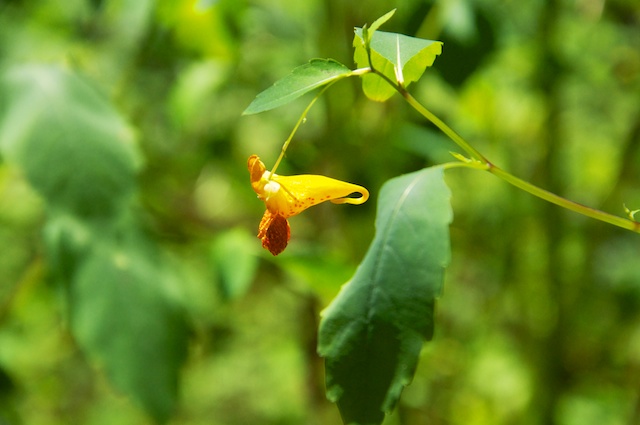 Every garden holds a surprise though sometimes you have to really look for it because it is out of sight, down a path and across the water. This is exactly where I found this stone cottage. John & Lilla Leach lived the summers here in the early 1930’s while their larger home was being built. 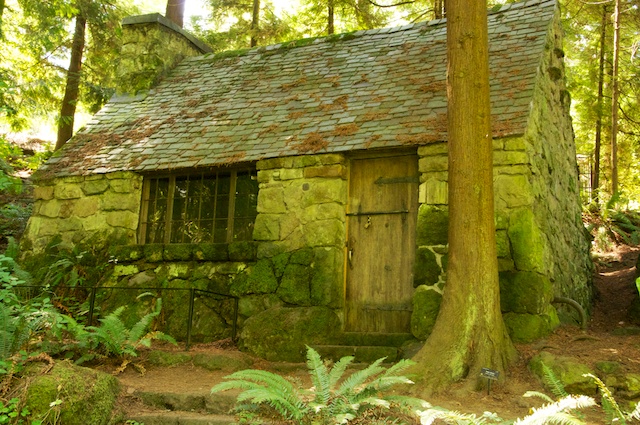 Lilla was a Botanist, graduating in 1908 from the University of Oregon.  She taught science classes in the local high school.  John was a Pharmacist and both were highly active in local civic affairs.  But their passion was to go out in the woods to explore the plants around them  They were assisted in this adventure by their two burros, Pansy and Violet. “It was during these excursions that Lilla Leach discovered two previously unclassified genera of plants and more than a dozen species in her decades of work”(Leach garden website)   Lilla was particularly interested in the native plants of Oregon.  As a trained scientist she was attentive to the smallest details of the plant variations.

She is credited with discovering Kalmiopsis leachinana, a pretty deep pink blooming perennial and Iris innominata, Lilla had an international reputation as a botanist and created a collection of 6000 pressed plants and wildflowers.   In addition to the fairy tale cottage the other remarkable feature of this garden is the structure of the winding paths which allow you to move through the garden.  Incredible planning and labor was required to create such walkways.   The moved into their home which they named Sleepy Hollow in 1936 and lived and gardened there until 1972 when John passed away.

The garden was left to the city of Portland. Today the garden is sought after for a wedding venue.  It offers classes and children’s camps and a wonderful escape to walk in the woods.

A stone table outside the stone cottage, so simple, so useful, and imagine the pleasure shared here over the years. 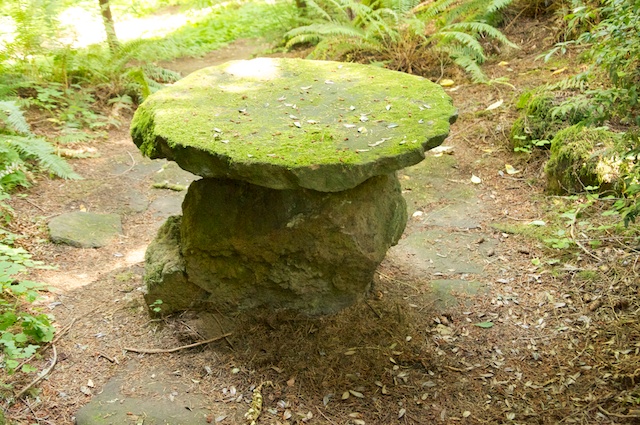