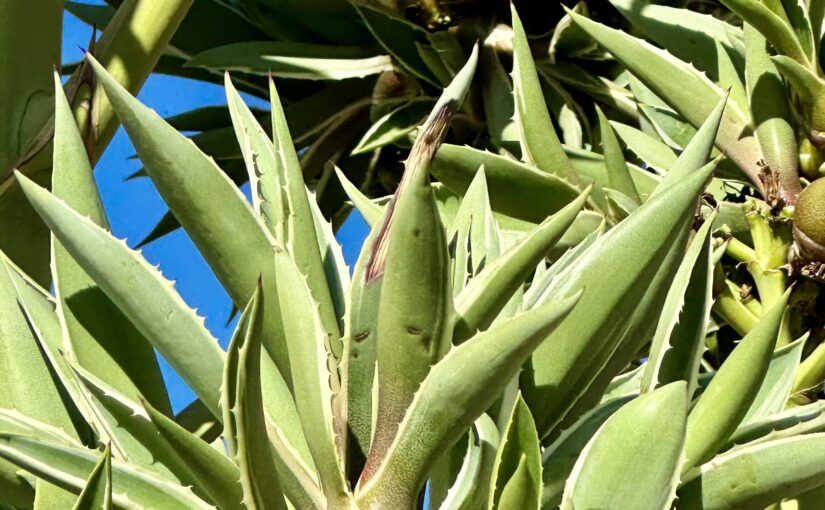 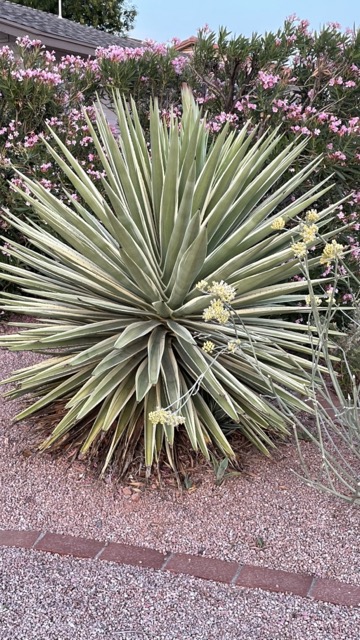 It’s had a long good life and made a magnificent statement in my front garden. All this ended this week when I had it removed for fear of it toppling over into the street.

I must admit to a love/hate relationship with it. I loved its shape and its coloring with the green and white variegated leaves. It withstood heat; it never wilted or sagged in place. It gave off new starts, or pups, as they are called,  which I could share with other gardeners. It required its space; one couldn’t get too close.

But it is a spiky devil, every spear shape leaf toothed, always ready to saw into your skin and make you bleed if you get too close. A needle, hard, sharp, and ready to poke your eye out, was at the end of each leaf.

This Agave had grown in the garden for at least ten years, getting larger and larger. It spread its leave wide, taking up nearly four feet in width. In May last year, it began the show with a bloom stalk rising from the center of the plant. Day by day, the asparagus-like stalk rose higher and higher, with flowers opening into rosettes. 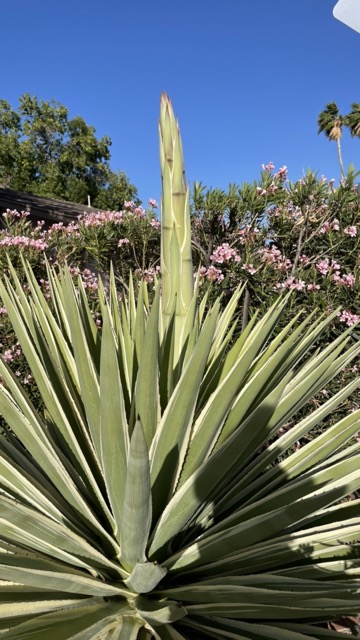 It gave a spectacular show for nine months. Nearly 15’ tall and loaded with baby agaves, it began to lean toward the sidewalk, the street. Yet it seemed to hold, but I started to worry that it was leaning a bit more every day. I have seen agave blooms that have fallen over. Mine was green, healthy looking but leaning. 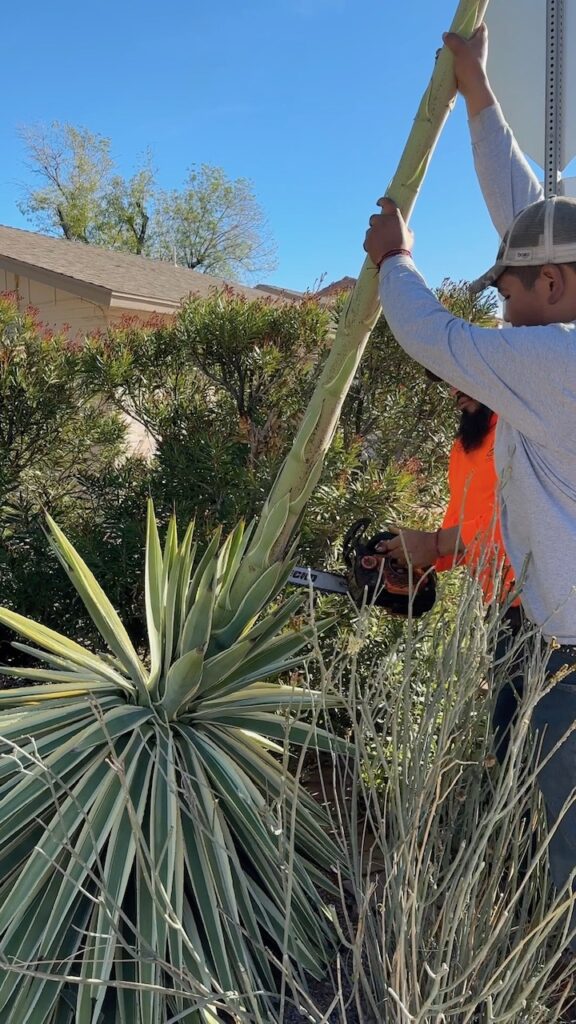 I have the good fortune to have biweekly helpers for my garden, and when they arrived this week, I talked with Jose about the stalk, he reached up and pushed on the base of the stalk, and it moved several inches. It was loosening at the bottom. It was time. 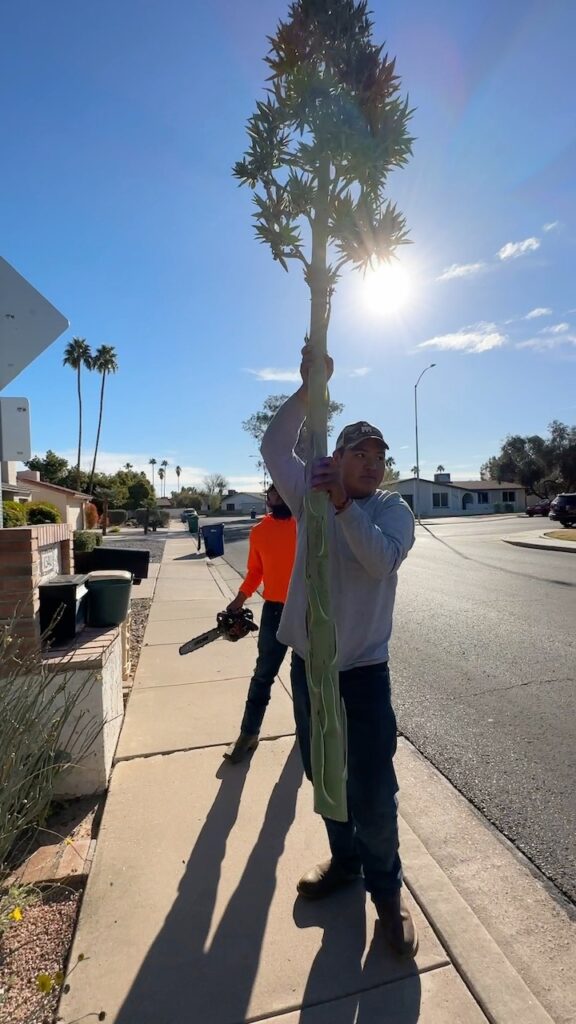 Taking out an agave of any size can be painful, but one this big was a major task. Jose used a small chainsaw to cut through the stalk. His helper held the stalk as he cut and lifted it from the base. They estimated it weight around 40 lbs.

The base of the plant was so sharp and so wide it required a long-handled pitchfork to dig into the roots. Back and forth and from all sides, the two men worked to remove the plant. Finally, they pushed it over to the sidewalk. Then it had to be lifted into the trailer. It was like trying to hug a porcupine. It is a dangerous, painful, and heavy task, even though the root structure is very shallow.

They succeeded. The gravel was raked, and there was no evidence the plant was ever there. It was a great show. I think I’ll replant with something less lethal.

In the meantime, I’ve saved the stalk to let it dry out, it will take months.  Once it is dry, I will add it to my balcony as a perch for the birds.  I have one there now, and the hummingbirds and love birds use it often.

One thought on “Agave Show”