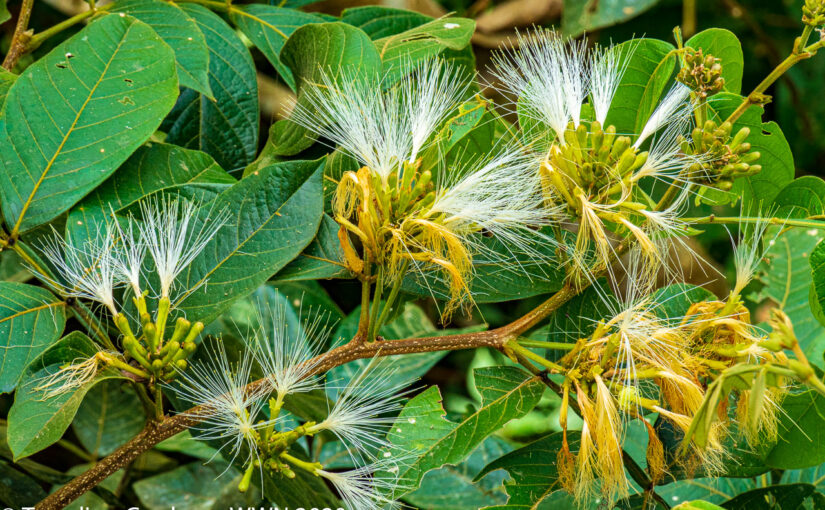 “Travel is fatal to prejudice, bigotry, and narrow-mindedness, and many of our people need it sorely on these accounts. Broad, wholesome, charitable views of men and things cannot be acquired by vegetating in one little corner of the earth all one’s lifetime.”  Mark Twain

I’ve lived the experience of travel reducing prejudice and creating awareness. (For example, Canadians, Argentinians, and everyone in-between consider themselves Americans, look at the map.) For me, travel increases empathy. Meeting local people, walking with them on a trail through a tropical forest, you learn from them as they point out the landscape’s exceptional features.  As I realize how proud they are of their country’s natural beauty and biodiversity, it imprints the location in my heart. After I return home, when weather, political unrest, or disaster hits the news, I remember the people, the place, and the vulnerability of all human beings.

Now tourism around the world is stopped, no travelers are coming to visit, no tour guides are escorting travelers around gardens and arranging unique restaurant experiences. I wonder, how people are surviving, feeding their children, keeping their homes?

Less than a year ago, I was in Nicaragua. As I write this, the second hurricane in less than two weeks is battering the country.

During my visit, I arranged a private tour of a tropical forest located on the Continental Divide of the Americas, on top of a mountain at the highest point of San Juan del Sur, in Parque de Aventura.

On the news I see huge walls of water, flooding, fierce winds, and desperate people hoping for rescue. Two intense hurricanes hit within 15 miles of each other within two weeks.

I remember the tropical forest walk with trees labeled in Latin, English, and Spanish, describing the name, the designation of food, medicine, and construction purposes for each. I see the howler and spider monkeys in the trees and wonder how they survive two hurricanes. Will a sloth survive? Where do the toucans and the hawks take cover?

The brilliant green iguanas and other reptiles will need shelter and food. Storms make no distinction in hurting all living things caught in their wake.

Our tour guide* arranged for an ATV ride through the forest up to the viewpoint of the continental divide at 154 feet above sea level (45m). Here you can see the Pacific beaches of the Emerald Coast and the eastern view of the Atlantic Basin. 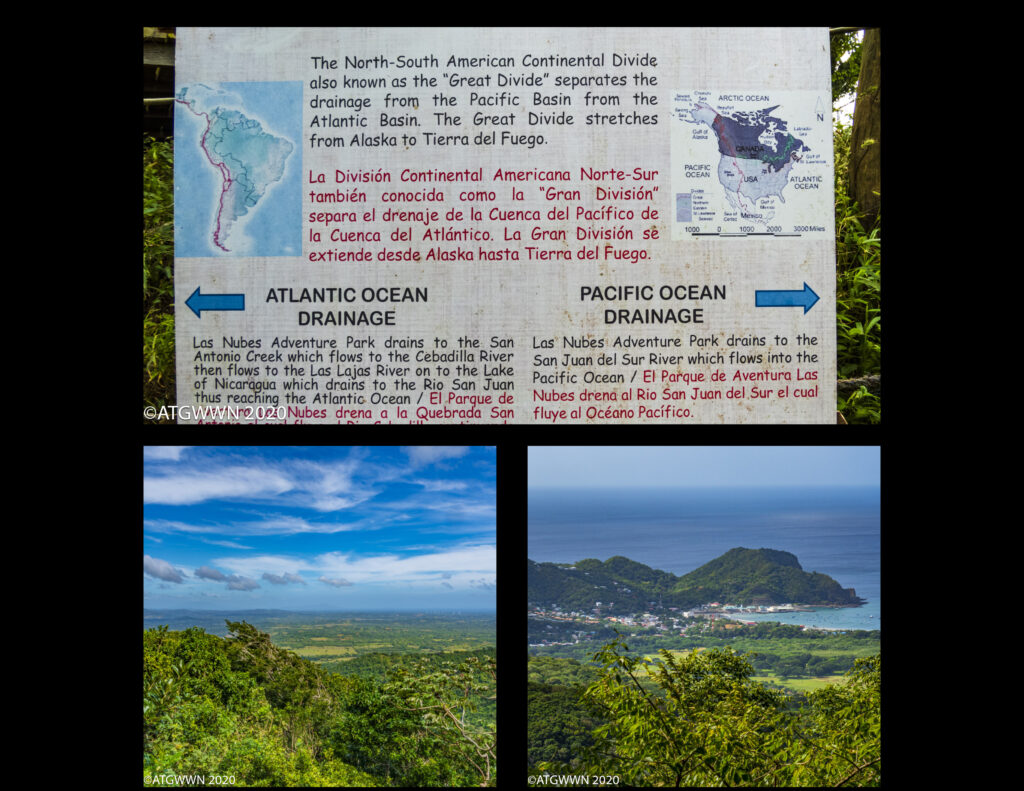 There was at least a 10-degree temperature difference from the Pacific side to the Atlantic side. The air felt different. The climate, the plants illustrated the impact. There was a breathtaking view in both directions on a sunny December day in a country struggling to thrive under Daniel Ortega.

Yes, I am thinking about Nicaragua… 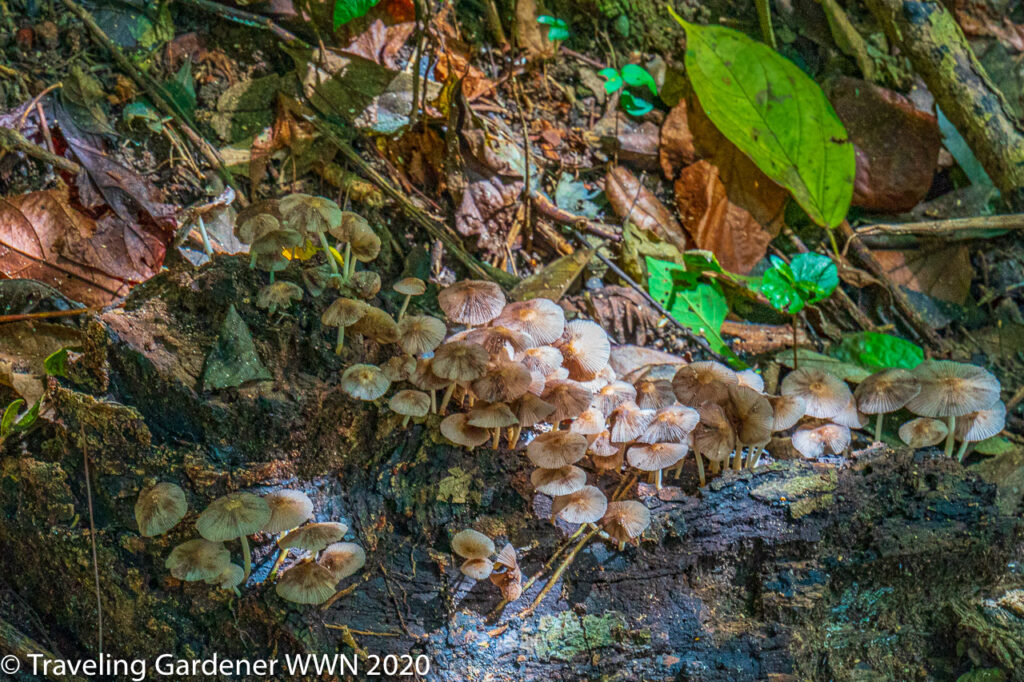 *About our tour guide.

I won’t say his name, even though I would like to, but it is not safe for me to say. I will tell a little of his story. His family fled the country when he was 11 so he and his brother wouldn’t be drafted into the Ortega army. In the 1980s, as refugees, he said his family was welcomed and helped by local churches to resettle in Texas. They stayed for ten years. 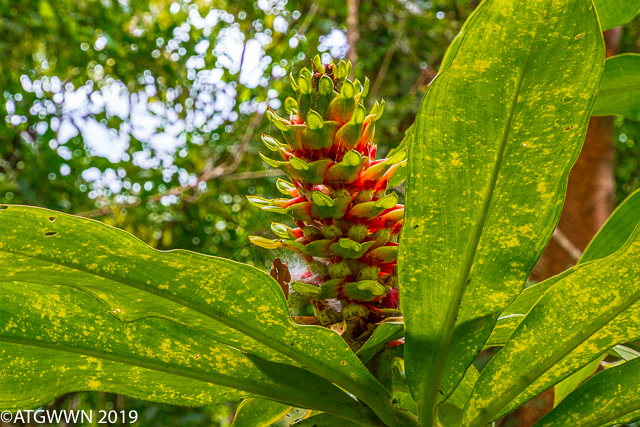 In 1990, political change began in Nicaragua when Violeta Chamorro was elected president for six years. She brought democratic reforms, economic stability, and peace to the country.

As his Mother was desperately homesick, our guide’s family returned to their home country.  Life was good. Then, mysteriously, Ortega was reelected. He eliminated the constitutional improvements made by the previous president. Ortega removed term limits and set himself up as life-time president. He cut the pensions (think Social Security) of the retired, and when the old people protested, the army beat them in the streets.

The grandchildren, the university students came out to protest and support their elders, and the students were beaten. The protests continued with people of all ages protesting the drastic cuts. The army shot 300 protestors, arrested people, and tortured them. Many students fled to Costa Rica to keep from being arrested and are still unable to return home. Some students were sentenced to 100 years in prison for protesting.

Today the country is tense, citizens spy on each other, business is down. This was the situation in Dec. 2019. Now there is a pandemic and back to back hurricanes.

Life is fragile; the government ignores the people of this emerald green country. My heart hurts. 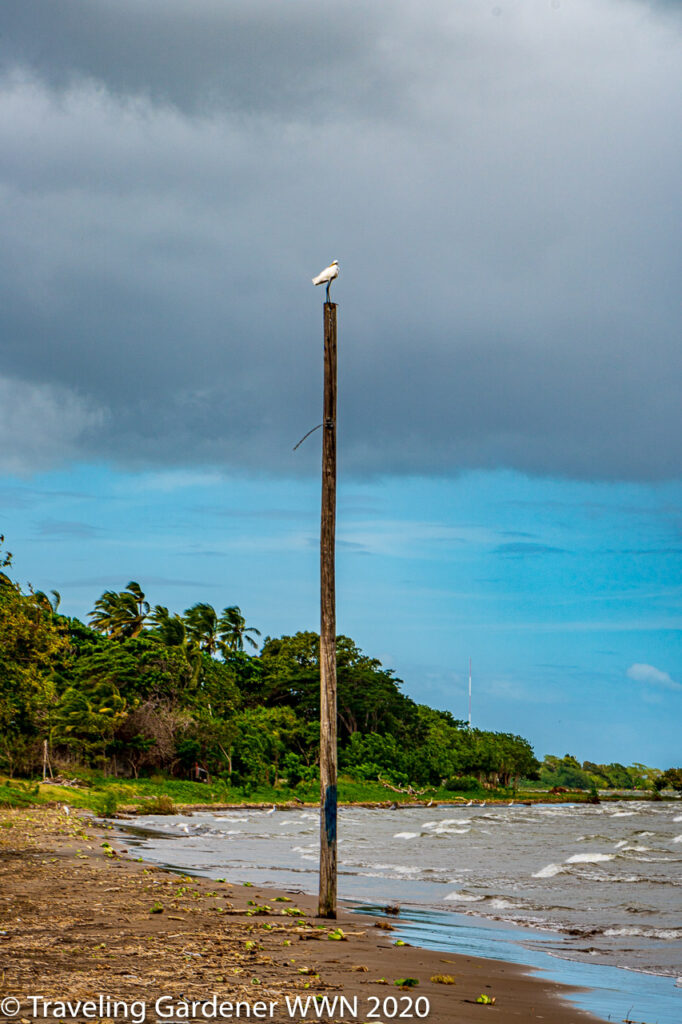 10 thoughts on “I’m thinking of Nicaragua”