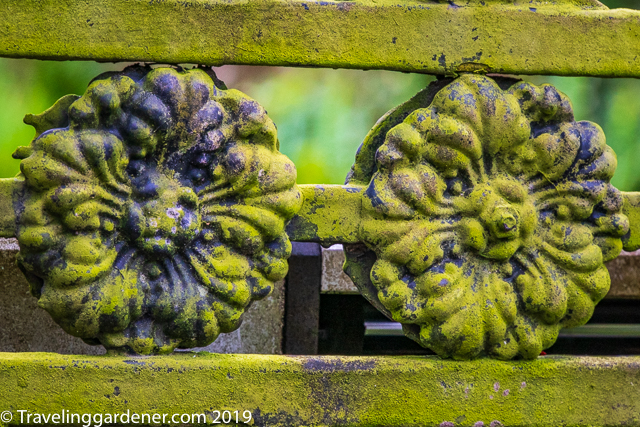 January in New Orleans offers Camelias, live oaks dripping with Spanish moss, and the anticipation of Mardi Gras season. A walk through the Garden District with grand houses and mossy green balustrades gives a peak of the garden challenges in this area. In my garden every drop of water is precious and purposely placed, here water is in the air, and preventing overgrowth is part of gardening. One must pull out, cut back, lift up, so the chosen plants are allowed to see the sun.

The balconies of the French Quarter, are perfect for baskets of ferns providing lush green among the scrolling, black ironwork so identified with New Orleans.

The fog rolls in from the river creating a sense of mystery as you walk along this historical melange of architecture.

For me, a highlight of the New Orleans Botanic Garden is the sculpture garden displaying the work of Enrique Alférez, an American-Mexican artist (1901-1999) and as much a treasure to New Orleans as Louis Armstrong. This was my first introduction to his work, and it was so clear the greatness of his work and life are precisely the contribution immigrants can make in the USA if only given a chance to make a life. 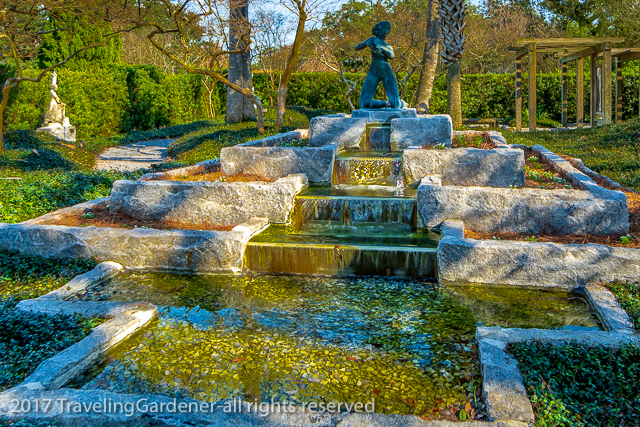 The Hellis Foundation’s 8000 sq ft sculpture garden within the Botanical Garden shows 15 of his sculptures along with panels describing his life story.
His story seems so relevant right now.

What I’ve learned is:
He was taught wood carving by his Father
He set out on his own at 12,
He was conscripted into fighting with Pancho Villa.
Pancho Villa was considered a guerilla fighter and invaded the US in 1916.
Enrique fled from the army, came to El Passo, TX.
There he heard a public lecture by Lorado Taft, who encouraged him to study sculpture at the Chicago Institute of Art, which he did in the 1920s. Enrique then moved to New Orleans in 1929 and lived there until his death in 1999. 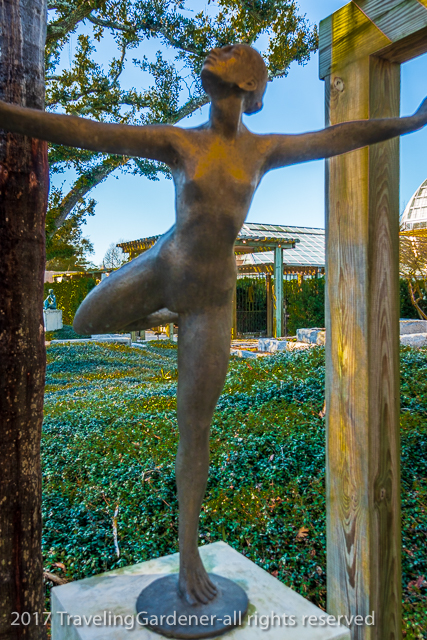 During the near 60 years of his life in New Orleans, he created an enormous body of work, in stone, bronze, and wood. I was struck by a panel in the garden where his words “I do things. I don’t talk about it” reveal a desire to do a good job at the job he had to do. He went about making art, he was in today’s language “an illegal immigrant” and his time in the army of Pancho Villa could have classified him as a terrorist.

Yet he Made America Great Art.