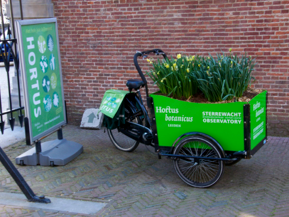 Once I participated in an ice breaker activity that asked us to identify three unique things about ourselves.  I don’t remember what my list was then but I have a new, improved list now.

I have visited the oldest known botanical garden.  The Hortus Botanicas  at the University of Leiden, in the Netherlands.  Here I saw the oldest known potted plant, a Cycad over 400 years old. 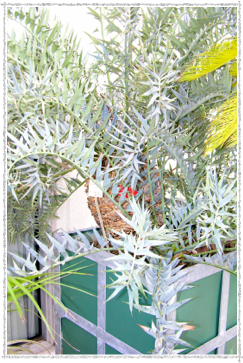 Seriously I am not going to worry about repotting my plants regularly!  Plus, when my houseplants get a bit ragged looking I tend to stick them in a not so public spot.  I really had to go looking to find this one!  This plant was not getting top billing even though its reputation is highlighted in all the written information about this garden.  The PR people forgot to tell the gardeners.

I have now seen what is arguably the oldest known Dragon Tree, claimed to be 600 years old.  This tree is located in the Orchid Garden of Sitio Litre, in Puerto de la Cruz, Tenerife Island of Spain. 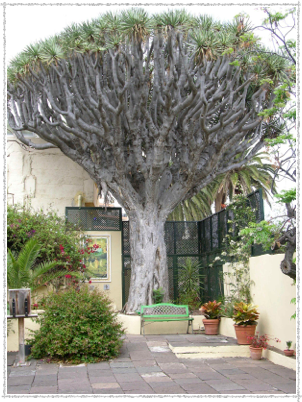 I have yet to find a satisfactory explanation as to why they are called Dragon Trees.  If you scrape the bark the sap is red when it first hits light.  But this doesn’t look like a dragon to me.

Actually the more significant question is why it is called a “tree” since it is a member of the lily family and is actually more related to an onion than to a tree.

In Las Palmas on the Grand Canary Island, there was a rumor that one dragon tree is 3000 years old.  Though it can only be estimated as the “tree” doesn’t grow rings of age.

Now I realize many people have seen the old Dragon Tree, and many have likely visited the Leiden Botanical Garden.  But here is what really sets me apart.  Since my suitcase broke, I am now traveling with a chartreuse suitcase.  Who else has a chartreuse suitcase?  Really, I feel quite unique! 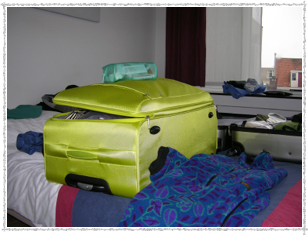 Update: May 3rd, In Jean-Paul Pigeat’s book Gardens of the World (2003) he writes that the oldest botanical garden is in Padua, Italy opened in 1545.  Hortus  Botanicas in Leiden opened 1587. Both seem really old.